The sun was shining, golf balls were flying and scholarship funds were growing at the 16th annual Morris Thompson Memorial Golf Classic, which took place June 16 and 17 at the Chena Bend Golf Course on Fort Wainwright in Fairbanks. The two-day event included a skills tournament and reception and Calcutta on Thursday, and the golf tournament and banquet on Friday. Find event photos on Facebook. 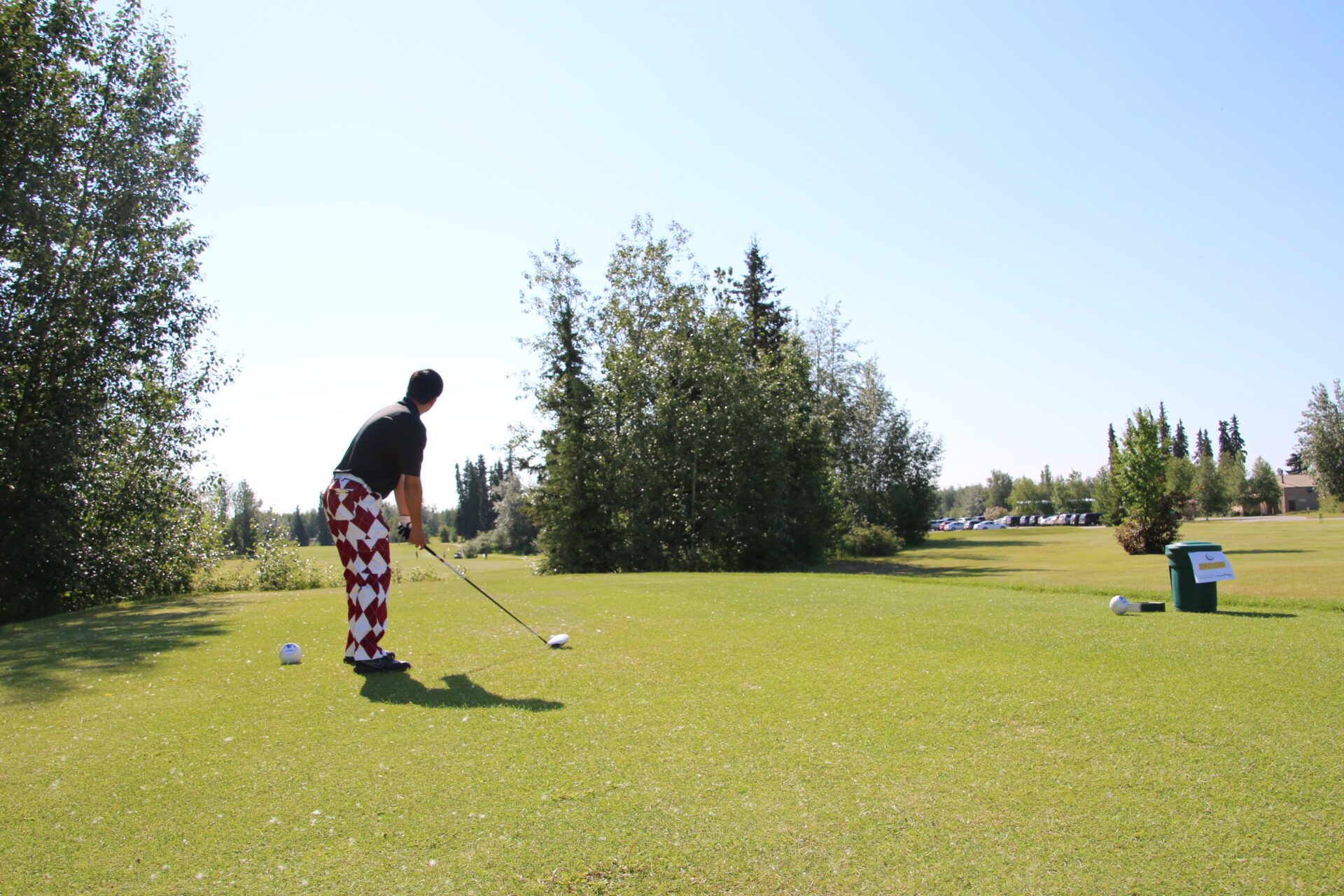 Doyon Foundation and Doyon, Limited thank the 120 golfers, 50 sponsors and over 50 volunteers who came out to support this year’s event, which raises money for the Morris Thompson Competitive Scholarship Fund. The fund was established to support college students exhibiting the qualities most admired in the late Morris Thompson – vision, dedication to excellence, exemplary leadership and integrity. To date, the fund has made it possible to award 678 Morris Thompson competitive scholarships totaling $710,680. Last year alone, the Foundation awarded 10 of these competitive scholarships totaling $58,000.

“These scholarships are only made possible by the generosity of our supporters. Many people came together to organize and participate in this event to make it a success, and we are very grateful for the support,” said Doris Miller, Doyon Foundation executive director.

The skills tournament on Thursday featured three events – a putting contest, longest drive contest and chipping contest. Winners of those contests are listed on our website. 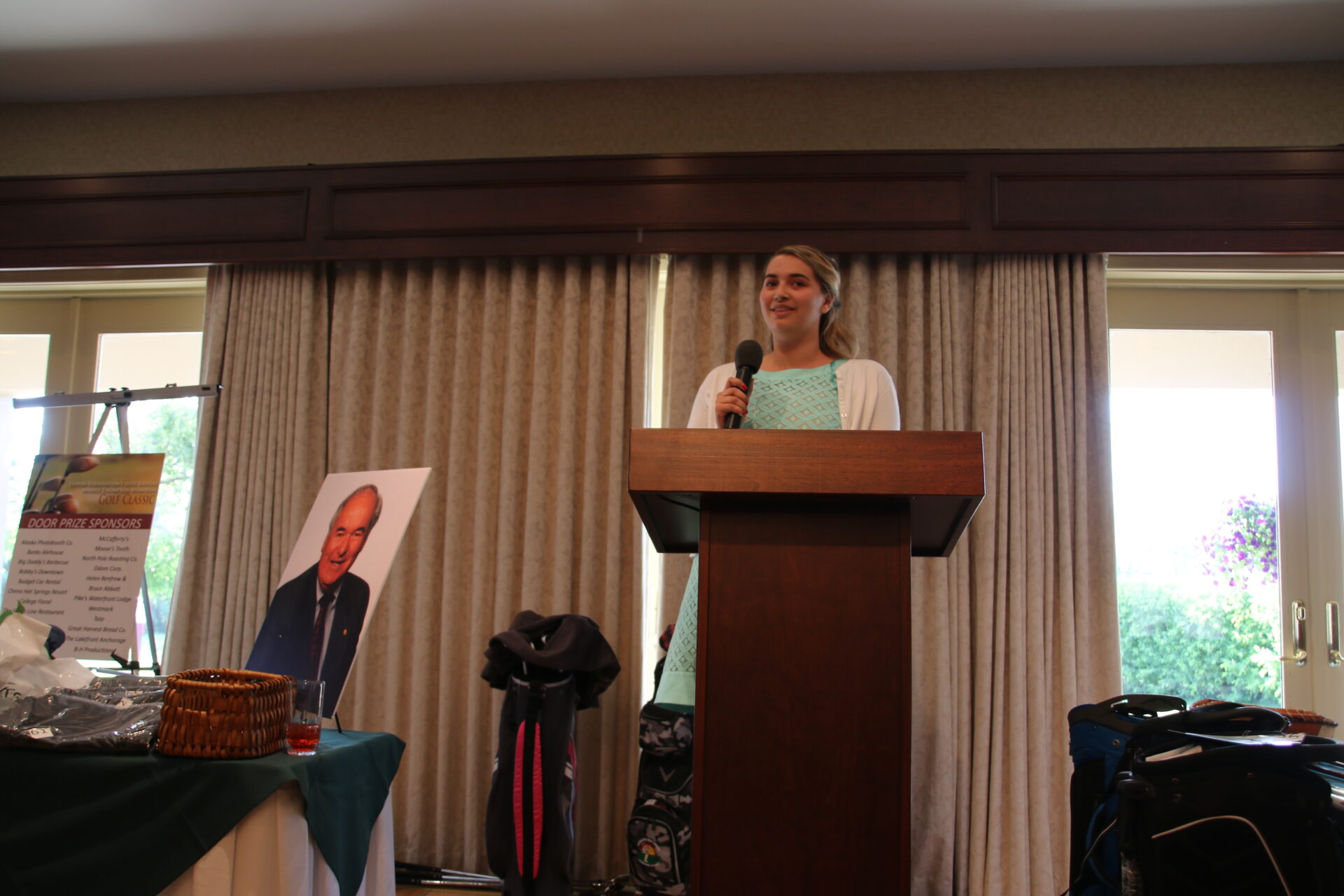 At the Thursday evening reception and Calcutta, guests heard from two Morris Thompson recipients – alumni speaker Aaron Roth and student speaker Krysten Walker, who each shared about what Doyon Foundation’s support has meant.

“Looking back on it now, I think it was my greatest accomplishment while I was in school,” Roth said of his scholarship. “(Doyon Foundation) was always there. I could always count on them. They were a constant. That level of support and predictability is invaluable to a student,” added Roth, who graduated in 2013 with degrees in finance and management and later got a job with a Doyon subsidiary.

Calcutta guests also bid on a variety of attractive live auction items, including trips to the Peppermill Resort Spa Casino in Reno, Nevada, and Tulalip Resort and Casino in Washington state, a his and hers golf package from Callaway, a Prudhoe Bay experience, and a seven-day cruise on Holland America. In the Calcutta, guests bid on the golfer team they thought would win Friday’s tournament.

While amounts are still being tallied, preliminary estimates indicate the event raised nearly $80,000. The total amount will be announced on the Foundation website, blog and social media channels once finalized.

Interested sponsors and golfers are encouraged to mark their calendars for the 2017 golf classic, scheduled for Thursday and Friday, June 22 and 23 in Fairbanks.