This committee represents shareholders, descendants and tribal members from the region’s nine languages. It meets monthly and is composed of Doyon Foundation board members and volunteer community members, who have expertise and interest in language revitalization. 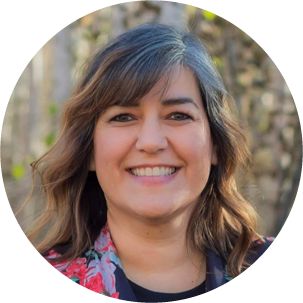 Jennifer (Maguire) Adams’ Inupiaq name is Iñukualuk (after her Grandma Bertha and after Inukuk Lake in the Brooks Range) and her Koyukon Athabascan name is Tl’oyenaadleno, which means “finishing a project.” Jennifer is a member of the Allakaket tribe. Jennifer is married to Fred Adams and has a daughter, Navonne Benally. Her parents are the late Bob and Cora Maguire. Her grandparents are Johnson Moses of Allakaket and the late Bertha Moses of Alatna/Allakaket. Jennifer holds an MBA from the University of Alaska Fairbanks and is employed by the University of Alaska Anchorage as a Center Director for the Alaska Small Business Development Center. Jennifer is a former Doyon Foundation board member and volunteer. In 2016, one of Jennifer’s grants was funded for over $1.65 million, which enabled Fairbanks Native Association to create a Koyukon Athabascan language immersion pre-school in Fairbanks. Jennifer feels a sense of urgency regarding Native languages because “Our Native languages are in danger and it is up to each of us to do our part to save them. No one is going to do it for us, we each have a part to play in reviving our languages and culture before they are gone!” 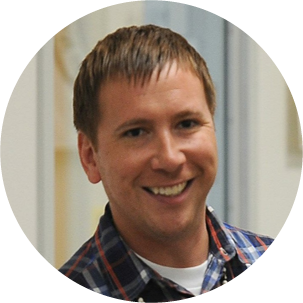 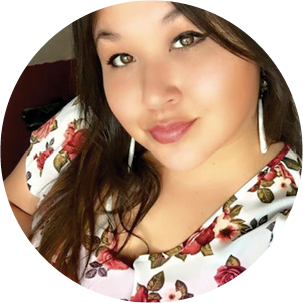 Rochelle Adams is a member of the Gwich’in nation from the villages of Fort Yukon and Beaver. Her parents are Angela Peter and Cliff Adams, Jr. Her maternal grandparents are Susie (Lord) and Johnny Peter, Sr. Her paternal grandparents are Hannah “Babe” (VanHatten) and Clifford Adams, Sr. She is the mother of Amaya, Koso Naazhrii and Łeeyadaakhan. Her educational experience includes the Institute of American Indian Arts and the University of Alaska Fairbanks. She is a current graduate student working toward her master’s of arts in applied linguistics. Rochelle has dedicated much of her life to language and cultural efforts on many levels. She is passionate about creating healthy communities through decolonization and revitalization of indigenous language, art and culture. She currently lives in Anchorage, where she is the cultural enrichment specialist for the Anchorage School District Indian Education Department. She is excited to be a part of the Doyon Foundation language committee and looks forward to a positive change for the future of our people. 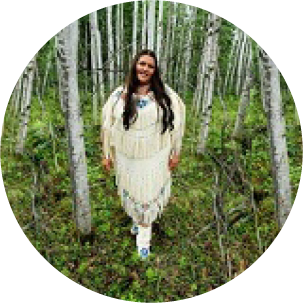 Shyanne Beatty is Hän Hwech’in Athabascan from Eagle, where she grew up living a subsistence lifestyle with her family. She is married to Aaron Leggett, who is Dena’ina Athabascan. She is currently the network manager for Native Voice One, which distributes Native radio programming to stations throughout North America, Canada, Australia and Guam. Passionate about sharing her culture and language, Shyanne currently serves as president of the Alaska Native Heritage Month Committee, and volunteers for the Alaska Native Heritage Center’s Athabascan Cultural Advisory Committee. She also helped to start the Alaska Native Visionary Awards, which recognize people who perpetuate their culture and traditions in new and innovative ways. 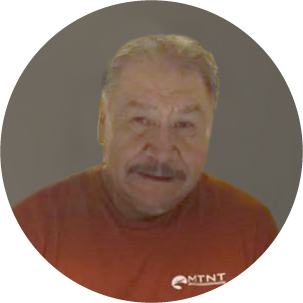 Dan Esai is from Nikolai, Alaska. His mother is Dora Esai. His grandmother is Alexandria Dennis. Dan is an original Doyon, Limited, and MTNT, Limited shareholder. Dan has worked at Interior Regional Housing Authority, as a miner, as a hunting guide, as a seasonal fire fighter, and as a ramp worker at McGrath Airport. Dan highly values his culture, especially hunting and taking care of Elders and young kids. He believes that language is very important: “Language is what saves us. We can’t lose our language. We are capable to do anything to save our language.” 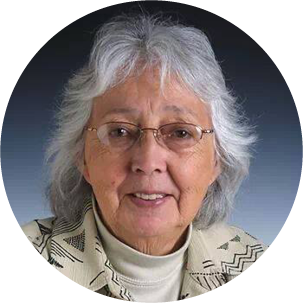 Elizabeth Keating grew up in Holikachuk, and currently resides in Anchorage. Her parents are Louise Andre and Paul Keating, and she is the granddaughter of Chief Alexie his wife and Lizzie. “Language is critical and essential to Native tradition and culture, and gives meaning to life and the subsistence way,” she said. Elizabeth grew up amid a rich tradition of songs and language. She earned her bachelor’s of arts in administration from Western Washington University and a master’s of arts in community psychology from the University of Alaska Fairbanks. She has previously served as the executive director for Fairbanks Native Association (1981-88), Tanana Chiefs Conference (1978-79) and the Seattle Indian Center (1971-74). 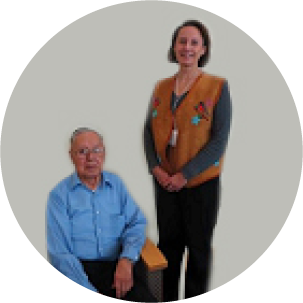 Beth Leonard is Deg Hit’an (Dene/Athabascan) and a member of the Shageluk Tribe of Interior Alaska. Her father is James Dementi, who was raised in the traditional Athabascan subsistence lifestyle. Her mother is the late Rev. Jean Dementi, originally from California. Beth is an associate professor of indigenous studies with the Center for Cross-Cultural Studies at the University of Alaska Fairbanks. Her interests include Athabascan oral traditions and languages, and indigenous research methodologies. Beth is pictured here with her father, James Dementi, at the 2013 Alaska Native Studies Conference in Anchorage. 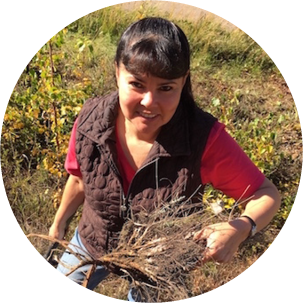 Cherie is an Upper Tanana Athabascan who is a lifelong resident of Northway, Alaska. She is the daughter of Mary Jane Albert of Northway, and the granddaughter of Oscar Albert of Northway and Mary Luke of Tetlin, Alaska. Cherie was born and raised at fish camp in Northway and is a trapper and fisherman of her family’s traditional and cultural areas. Preserving the Upper Tanana language has been a key goal of Cherie’s for many years. She has participated in University of Alaska Fairbanks Upper Tanana language courses with linguist Paul Milanowski. She has most recently been an integral member of language revitalization in Northway by recording words that haven’t yet been captured and facilitating the building of a set of Upper Tanana children’s language books with her community. Cherie has worked as a United States Post Master for 23 years. Her hobbies are language preservation, photography, reading and traditional sewing. 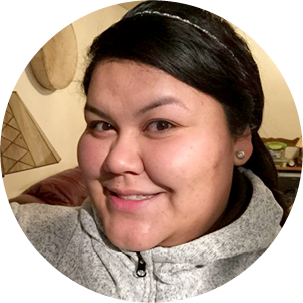 Stephanie Summer Moe, whose Native name is Shdéhtląą Dadegdíix (I want to learn), is from Tanacross (Tats’áltęy) and currently lives in Chistochina. Her clan and where they come from is Dik’aagyu Dihthâad Xt’een Iin. Her maternal grandparents are Kenneth and Ellen Thomas, Sr. of Tanacross; her paternal grandparents are Kenneth and Florida Moe of Fairbanks/Beaver; her mother is Nancy Thomas (Brian Allen) of Tanacross; and her father is Kenneth Moe of Fairbanks. Stephanie joined the committee in August 2015 because she believes “Our languages are who we are. Languages give us an identity of the knowledge, culture, ideas, beliefs, and customs of our ancestors. The revitalization of languages to me means the giving of life to and protection of our identity while adapting to our changing environment for the benefit of future generations.” Stephanie is a senior in the University of Alaska Fairbanks rural development degree program with a concentration in community business and economics. She also provides administrative support at Mt. Sanford Tribal Consortium. 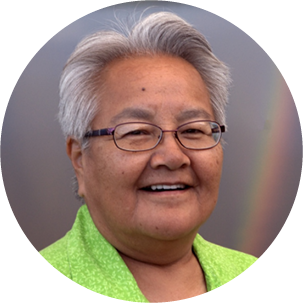 Vera E. Weiser is originally from Minto and now resides in Fairbanks. She is the daughter of Sarah Silas and the late Rev. Berkman Silas. Her maternal grandparents are the late Justin and Lucy Frank, and her paternal grandparents are the late Louie and Susie Silas. She and her husband, Eric J. Weiser, have two sons, Martin and Julian Weiser. “My mother is one of the last fluent speakers of the Lower Tanana dialect in its older traditional form,” said Vera, who began serving on the language committee in November 2015. “I don’t want to let the language fade away so I’m doing my part to revive Lower Tanana dialect.” Vera’s language activities include working with Siri Tuttle from the University of Alaska Fairbanks (UAF) language department to find recordings of the dialect in the university archives, and collecting Dragh tagh culic (mourning songs) to transpose and learn to sing so that she can pass it on to others. Vera holds a bachelor’s of arts in secondary education from UAF, and a master’s in school counseling from Northern Arizona University. She recently applied to UAF and plans to pursue a master’s degree in applied linguistics. Vera, who retired in May 2012, previously worked as an educator in Yukon-Koyukuk School District, Fairbanks North Star School District, Chatham School District, and the Lower Yukon School District.