Kaylen Demientieff: “It’s important to work hard, but remember to have fun!” 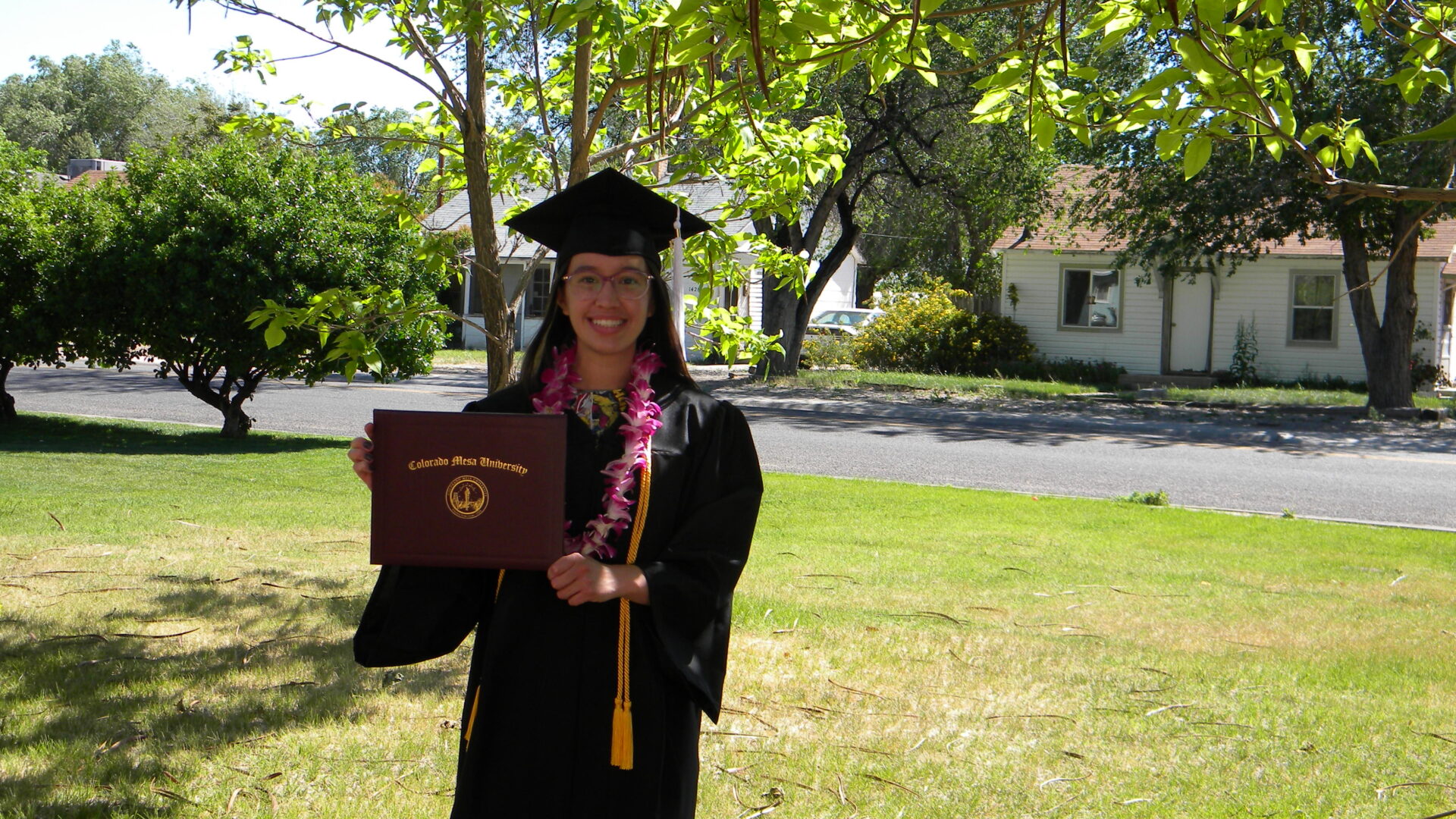 “The greatest challenge I had in going back to school was supporting myself financially,” Kaylen says. A member of the 2017 graduating class of Colorado Mesa University, Kaylen met financial challenges by competing for scholarships, including the Morris Thompson Competitive Scholarship through Doyon Foundation.

“Doyon Foundation helped me to graduate,” she says. Foundation support helped with tuition as well as day-to-day expenses like rent. Because of the Foundation, she says, “I’m one step closer to becoming debt free.”

Named for the late president and chief executive of Doyon, Limited, the Morris Thompson Competitive Scholarship Fund has awarded nearly $400,000 over the years to students like Kaylen who share his commitment to excellence, leadership and integrity. The annual Morris Thompson Memorial Golf Classic, starting tomorrow, is the Foundation’s largest fundraiser to benefit these scholarships.

“I devoted my time to working hard and studying,” says Kaylen, who held a job while going to school. She studied radiologic technology and plans to work toward mammography certification. Her goals include becoming a traveling mammography technologist. She graduated in May.

“College can be overwhelming, especially if you must work outside of school. I spent my free time hiking and sewing. It’s important to stay focused and work hard, but remember to have fun!”